It was a moment when 400 million Instagram users were uploading 40 million photos every day, but consumers hadn’t exactly flocked to cameras or printers with Zink technology built in. The company, Piekarski says, was going through foreclosure proceedings and was “literally ready to shut down.”

But Piekarski, a New Jersey entrepreneur who is the chief executive of C&A Marketing, decided to make a bet that printed photos have a future. He bought Zink for $8 million and since 2015 has put in “multiple times that,” he says, in an attempt to get the company back on its feet.

Similarly, two Boston startups are trying to build businesses atop the idea that our baby pics, vacation snapshots, and adorable pet portraits ought to exist on paper, not just as pixels.

Zink spun out of Polaroid in 2005, taking some Polaroid employees and equipment with it. The company produces a special paper with three layers of heat-sensitive dye — red, yellow, and blue — that are colorless at room temperature. But when the paper is exposed to pulses of heat inside a printer, the dyes are activated and bloom into full-color images.

Zink licenses its technology to companies such as HP, LG, and Lifeprint, which make the actual printers and cameras. HP, for instance, sells a $129 hand-held printer that cranks out 2- by 3-inch photos sent to it wirelessly from a phone or tablet. Zink produces the paper at its facility in North Carolina. A pack of 20 sheets sells for about $10.

In its first decade of existence, Zink did everything that you’re supposed to do to launch a technology company. It showed up at the Consumer Electronics Show and the Demo conference and churned out press releases about its “award-winning” products. But the earliest versions of Zink printers weren’t compatible with the wildly successful iPhone — oops.

Plus, the company never had enough capital to run major advertising campaigns to help it build awareness among consumers.

By Piekarski’s analysis, “they were too early into the market, and underfunded to make it to the finish line. They simply didn’t have enough customers.” Piekarski’s company, C&A, was licensing the Polaroid name and producing instant cameras that relied on the Zink paper.

“We didn’t have to do any research on the category,” Piekarski says. “We already saw the resurgence of instant photography — we were watching it happen right in front of our eyes.” And he worried that if Zink went out of business, he would lose a key supplier. Who could guess how long it might take for another company to purchase Zink’s plant and start producing paper again for the cameras and printers that relied on it? What if no one did?

Piekarski says that Zink was making about 4 million packs of paper a year when he acquired it. Last year, it produced 25 million, and next year he expects it to reach 50 million. (A competitive product, Fujifilm’s Instax instant camera, has been on a similar growth trajectory in recent years.) Zink has about 250 employees in Billerica and North Carolina and is profitable. You can find its products in Walmart, BestBuy, and Target.

Piekarski says that the demographic group buying instant cameras and Zink paper today “is probably tweens, mostly female, and also young millennials.” They may consider the creation of an instant photo as a bit of a nostalgic act — similar to throwing a vinyl LP on the record player. “There’s something about sharing photos, in a social atmosphere, and having the physical picture print out of the device,” Piekarski says. “I can’t explain it 100 percent; I can just tell you that it’s there.”

TurnGram is a Cambridge startup that also is betting on printed photos, but it is more of a concierge service. With subscriptions starting at $3.99 a month, TurnGram will take digital photos from your Instagram account, print them, and mail them to a family member. Founder Arian Radmand says that customers often use it for parents, grandparents, or family members overseas.

Businesses use it, too: An architect may want to automatically send one photo a month to her top clients in the hope of generating repeat business. TurnGram can include a customized message on the back.

“If you just look at people’s physical surroundings, they are surrounded by printed things,” Radmand says. “We live in the 3-D world, not online. I don’t think that printed photos are ever going to go away.” But he believes it can be a hassle to print and mail photos yourself on a regular basis. TurnGram, founded just last summer, has raised $100,000 in funding.

While TurnGram is linked to an individual’s Instagram account, another startup, NanaGram, invites users to send it photos via text message to be printed. In fact, much of the process of signing up to use NanaGram happens via texts.

“The problem I’m trying to solve is loneliness and isolation,” says founder Alex Cook of Plymouth. “The average person can visit their grandparents once a week, at best. And their grandparents are alone every other day. Photos can do a beautiful job of reminding them that they’re loved.” So NanaGram nudges you via text to send it photos that the company will print and mail to the grands, once a month. For $8, you can send 10 pictures.

Cook launched the company around Thanksgiving last year. He hasn’t taken outside funding for NanaGram, but says NanaGram has nearly 1,000 users and has mailed nearly 8,000 photos.

Cook, 32, acknowledges that most whippersnappers just don’t print out photos as part of their regular routine. “I hadn’t printed photos in 10 years,” he says.

Entrepreneurs like Polaroid’s Edwin Land and Kodak’s George Eastman built major 20th-century businesses on the photo as a beloved physical artifact, framed on the wall or taped to an album page. In the 21st century, are we surrounded by so many screens that printed pics will simply fade into irrelevance? Will they be just a novelty item at parties, or something collected in photo books as a gift?

“Who knows, but of course I hope photos have a future,” says Elsa Dorfman, Boston’s most famous portrait photographer. For decades, she was a user of Polaroid’s largest format instant camera — the same one used by Chuck Close and William Wegman. (In 2016, she was the subject of the documentary “The B-Side.”) Film for that Polaroid camera, as of last year, was no longer being made.

“I’m 80. The idea of having pictures of my family on my cellphone is not in my vocabulary,” Dorfman says. She had never used her iPhone to take a selfie, but I suggested she try it on Thursday.

She e-mailed me the result. I will probably print out the image and put it on my fridge. 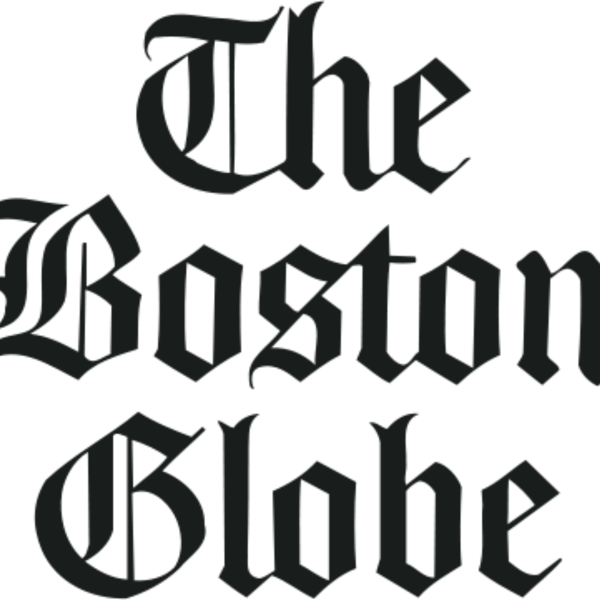